Tuscan Pecorino. One of the most popular products of our region is without any doubt Pecorino cheese. Tuscan Pecorino is cheese with a PDO, or Protected Designation of Origin.

It obtained this prestigious acknowledgment from the European Commission in 1996, after 10 years from that one obtained by the Italian State.

Pecorino is a general word used to indicate every kind of cheese made of ewe’s milk. In Italy it is possible to find a huge variety of Pecorino cheese. It depends on their origin arereas. In Tuscany you can find productions in Cortona, Barga, Pietrasanta, in Maremma, Casentino and Valdichiana areas. Closer to us don’t forget Chianti and Crete Senesi. A little curiosity: Pecorino cheese, produced in Crete Senesi was really appreciated by the Pope Pio II, Enea Silvio Piccolomini, who was born in Pienza in 1405. The earliest historical references regarding Pecorino cheese get back Roman period, in particular in Naturalis Historia written by Plinio Il Vecchio. In reality it’s thought that the production was started even before, dating back to the Etruscan period. In XV century Pecorino cheese was known as “cacio marzolino” because of the period of producion (marzolino: marzo=March) that started in March and continue still all the Spring.

As regards its characteristics everybody knows that the basic element is milk, wich must be exclusively ewe’s milk. All the sheeps must be raised inside the territory under the PDO. In particular sheeps can belong to various breeds: Appenninica, Sopravvissana, Massese, Comisana or Sarda.

The Tuscan Pecorino PDO is kept in special natural places of fridges until it reaches the right ripeness. The Tuscan Pecorino PDO is consumed primarily as a dessert cheese. When it becomes very mature, it can also be used as a cheese for grating. The ripeness can last from 40 days till 6 months. It can be produced with ewe’s milk of two varietis: fresh or matured. The fresher type has a rind that varies in colour from yellow to straw yellow; the cheese is white or light yellow. It has a fragrant taste. The mature cheese has has a yellow to deep yellow rind, but depending on the daubs (tomato, ash, oil). The cheese inside is straw-yellow; its flavour is fragrant but never strong. Marking is done on the side of the cheese with ink on soft cheeses and with heat on semi-hard chesees. Among the most recommended wines with fresh Tuscan Pecorino there are Vernaccia of San Gimignano and Bianco of Pitigliano. With mature Tuscan Pecorino there are Brunello of Montalcino and Morellino of Scansano. 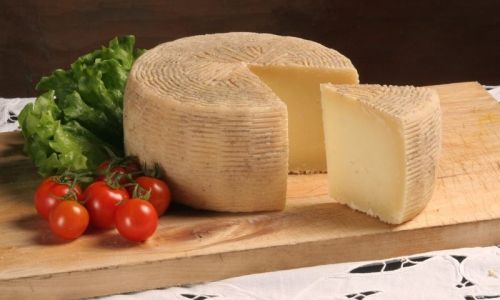 And now I write you two recipes in order to taste this amazing tuscan cheese!

Pasta with eggplant and Tuscan Pecorino

Wash your eggplants, dice and put them in a skillet with olive oil for 10 minutes. Put in garlic, oregano and tomatoes.
Meanwhile boil the pasta and dice Pecorino. When pasta is ready put all together and serve with olive oil and grated pecorino.

Pecorino 400 gr
Peppermint
Oregano
Olive oil
Slice the pecorino and put all the slices inside a mixture of olive oil peppermint and oregano. After 1 hour grill them and serve when they are still hot.